The USSR occupied and annexed Estonia in 1940 and the Estonian SSR was formed. The foreign regime continued to use Patarei as a prison, but in addition to common criminals, the number of detainees who had been arrested for political reasons and who awaited their conviction in Patarei, began to rise rapidly.

The Central Prison fell under the jurisdiction of USSR’s secret police, the NKVD, and it was managed by USSR’s communists and agents, some of whom had themselves been recently freed from the cells of Patarei. Among the first imprisoned were the Estonian police officers who had fought against the Communists’ subversion. 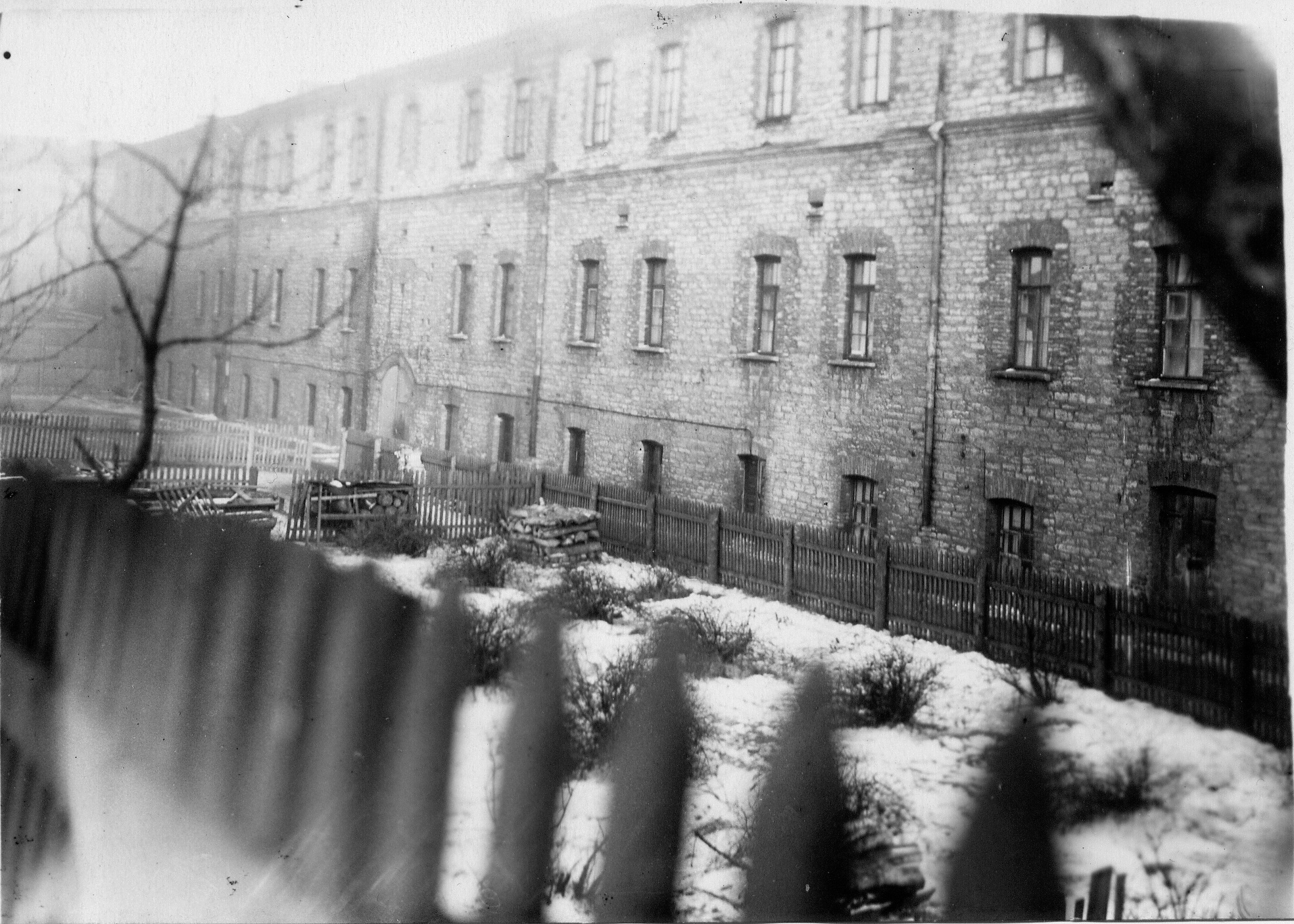 Patarei’s notorious reputation has been enhanced by the fact that throughout history, it has held inmates on death row; furthermore, executions have been carried out in the building. Even today, this topic is covered by a heavy veil of secrecy.

Another NKVD prison gained a notorious reputation in addition to Patarei, due to its inhumane living conditions and the executions of detainees. It was located in the cellar of the NKVD headquarters in Pagari St, Tallinn. A former police detention house on Pärnu Rd, the so-called ‘Kawe cellar’, was equally feared.

Back then, carrying out death sentences was carefully concealed. The harsh truth began to emerge during the German occupation when tens of secretly executed and buried bodies were discovered on the grounds of the Scheel summer manor near Tallinn.

It turned out that those on death row, awaiting their fate in Patarei, were executed already from April 1941 onward. The first in line was the staff of the political police and other active anti-communist fighters. What’s more, tens of detainees were executed after the war between USSR and Germany broke out, because transporting them to USSR’s far-off labour camps was ‘not considered practical’. 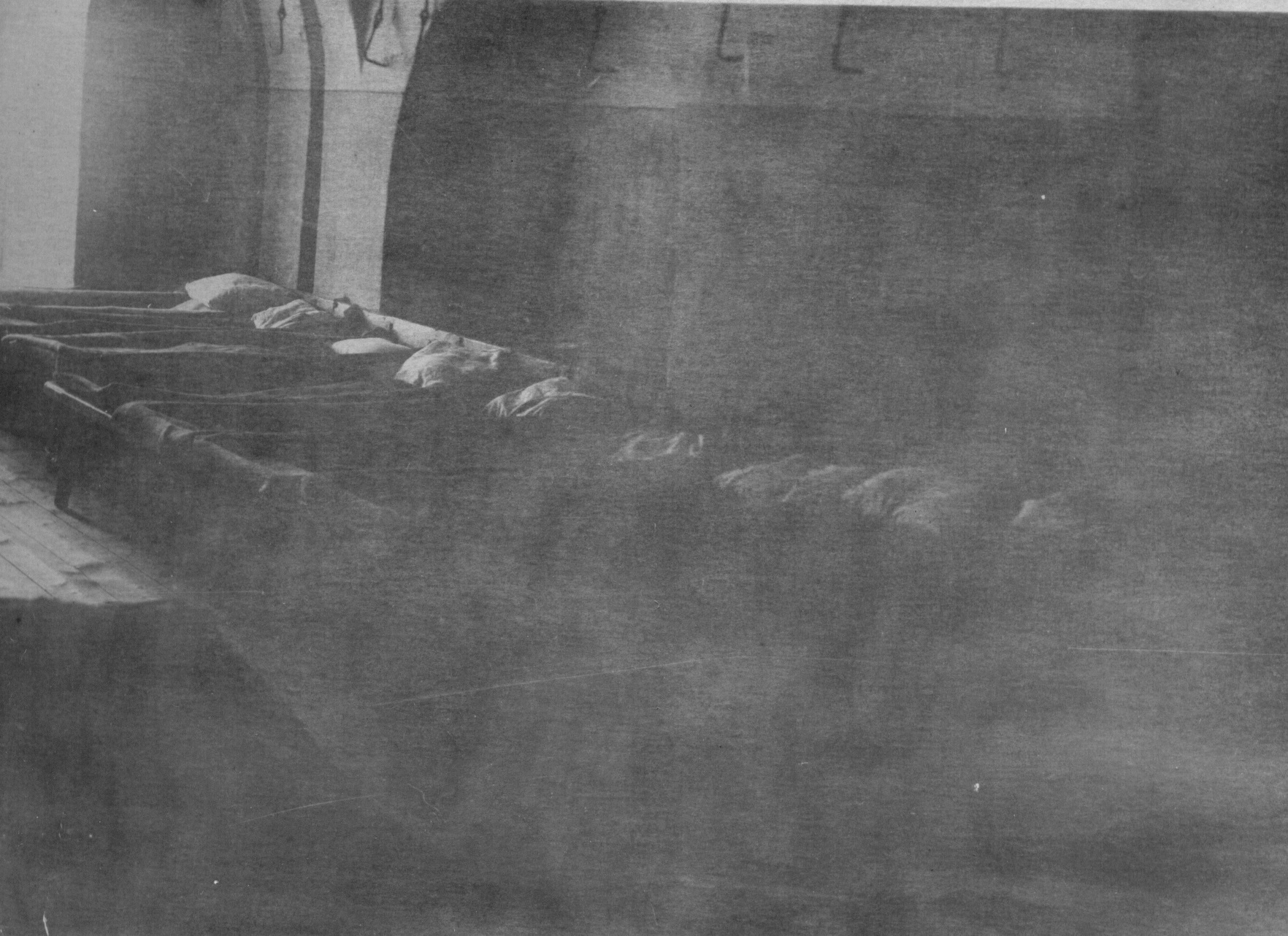 At least 400 people were sentenced to death in the first ‘Red Year’. It is likely that there were several murder sites.

In 1940-1941, a large number of leading figures of the Republic of Estonia were also waiting for a verdict. The number of arrested persons began to rise rapidly after the war between USSR and Germany broke out. Approximately 10,000 people were arrested in Estonia in that period.

The transportation of the convicts to USSR’s GULAG prison camps that had slowly started in springtime now turned to a mass evacuation of prisoners as the front drew nearer. Random executions of the detainees occurred as well. Less than 5% of those that had been taken saw their homeland again. During the period of Soviet regime, Patarei and Pagari prisons transformed to symbols of communist terror in the public eye, whence the disappearance of loved ones began.

German forces conquered Tallinn on 28 August 1941. They immediately put Patarei to use as a prison. The prison staff mainly consisted of Estonian prison officers that had been dismissed in the first ‘Red Year’. In the summer of 1941, temporary concentration camps were established in addition to prisons by the German units’ orders, because the number of people arrested on political grounds had risen to 10,000 detainees by autumn.

All detention centres, including Patarei, were managed by the German Security Police and the Gestapo, although formally they took orders from the Internal Directorate of the Estonian Local Government. Patarei was officially renamed Labour and Re-Education Camp no. 1 in the summer of 1942.

During the German occupation, Patarei was primarily used to detain local Estonian political prisoners (including Jews) and criminals. Exceptions to this were a few dozen German and Czech Jews, who were temporarily placed in Patarei in 1943. They were the only ones to have survived of the 2000 that had been placed in Jägala camp in the autumn of 1942, the rest were murdered in Kalevi-Liiva.

In addition, approximately 300 Jews were brought to Tallinn from France in May 1944 by the German authorities’ orders. They were placed in Patarei and other local detention centres. Most of them lost their lives in Estonia; about 40 survivors were taken to Germany in 1944.

Although hundreds of people that had been sentenced to death for political and racial reasons were kept in Patarei during the German occupation, especially in 1941, there is no information about their executions being carried out on the spot. However, a few common criminals were hanged in the prison courtyard.

In 1944, the front started to approach bit by bit. As a result, detainees from other prisons were redeployed to Patarei for transfer to German concentration camps. According to former prisoners, the last detainees were released by the guards just before the German forces’ departure.

The Red Army reoccupied Tallinn on 22 September 1944. Patarei prison shortly stopped functioning in September 1944, but was soon opened again in even greater extent. A wave of arrests followed military action, the aim of which was to purge conquered areas of “anti-Soviet element” and contribute to sovietisation. The process was largely similar to what had happened in the late summer and autumn of 1941 when the German forces had tried to get rid of the “bolshevist element” in Estonia. 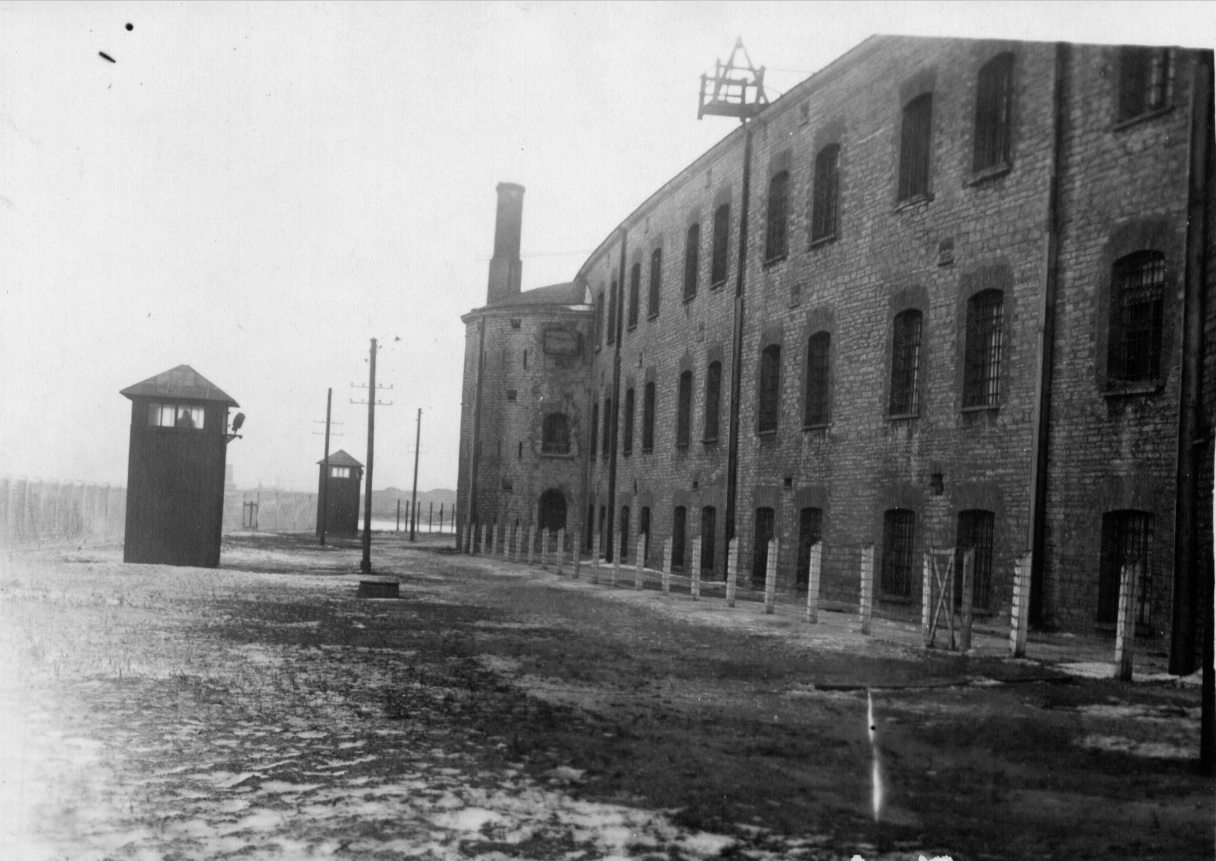 Prisons were not damaged in battles and rapidly began to fill with detainees. By early 1945, there were over 4,200 arrested persons in Estonian prisons, 2,378 of whom were detained in Patarei, despite the fact that Patarei was meant for only 1,200 detainees.

By 10 March of the same year, there were 6,730 prisoners in all penitentiaries, 3,620 of whom were kept in Patarei. The number of prisoners rose to over 4,000 during the following year. This was the largest number of detainees recorded, exceeding the capacity limit of prisoners many times over.

At the time, most of Patarei’s detainees were waiting for trial. After conviction, the prisoners were transferred to USSR’s forced labour camps or to executions if they had been sentenced to death. Some prisoners were “forgotten” to Patarei for several months, despite the prison being overcrowded threefold. Most post-war convicts were people arrested on political grounds – they were victims of communist terror. 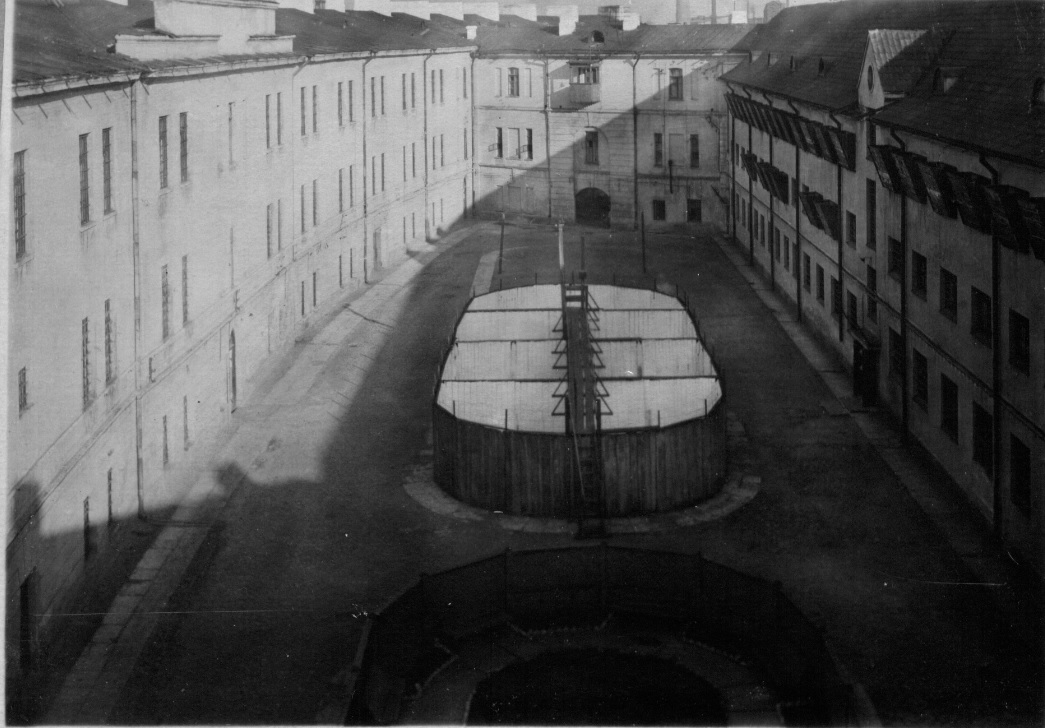 The mass imprisonments that had started with the Red Army’s and the NKVD’s return often resulted in death sentences and executions. Political prisoners on death row were divided into groups and handed over to security services for execution. In March 1945, 22 persons were executed in the first group, later the groups got smaller.

Death sentencing and executions continued in the second half of the 1950s (from May 1947 to August 1950, the death penalty had been abolished in the USSR), but then the majority of those sentenced to death were criminals with non-political charges. The executions had to be carried out on Patarei’s ground floor by a special command formed of prison staff. The secret burial of the bodies was their task as well. The fate of most political prisoners did not come to light until the early 1990s. 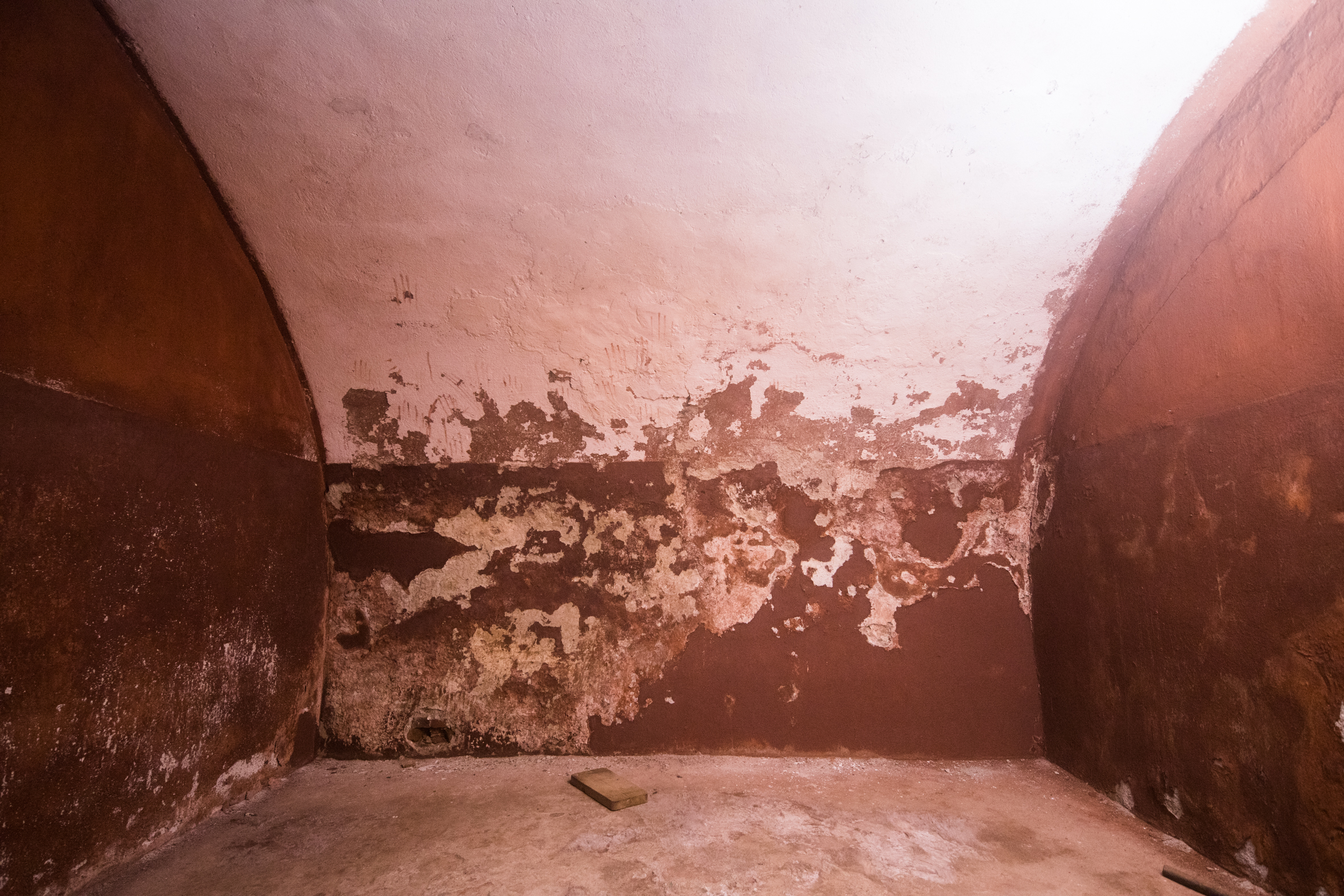 In 1946, the number of new arrests began to decline, because the first mass operation had been carried out. Patarei remained the central prison (foremost a remand prison) of the Estonian SSR’s Ministry of the Interior for the entire Soviet period. Patarei had many different official names over the years; the last one was the ‘Remand isolator no. 1’.